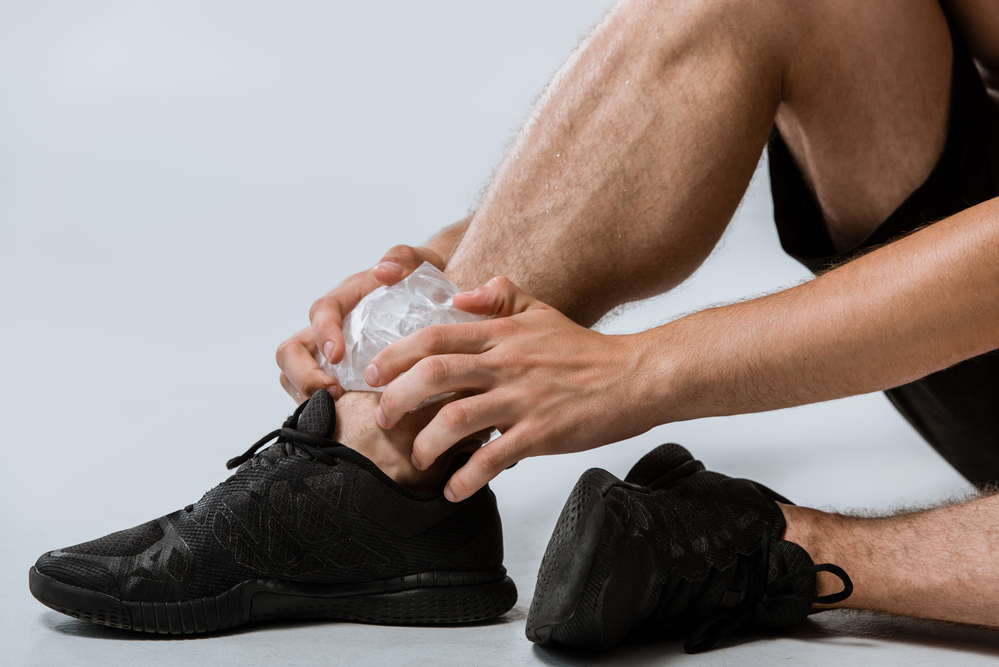 There are numerous minor foot and ankle injuries that you can treat at home, usually with rest, an ice or heat pack, and some over-the-counter medications. However, some severe injuries require immediate medical attention to treat the injury, prevent it from getting even worse than it already is, and promote the proper healing processes. Here are seven serious types of injuries that should never be ignored or taken lightly.

Fractures, otherwise known as broken bones, are commonly caused when excessive force impacts a bone. Fractures range in severity from mild hairline cracks, which typically heal within six to eight weeks with minor treatment and proper care, to compound and comminuted fractures, where the bone has broken into two or more pieces, which typically requires surgery and significant rehabilitation to repair.

Fracture injuries can also be further complicated if there has been damage done to the blood vessels, nerves, and/or joints surrounding the fracture. Depending on the severity of the injury, treatments can range from merely keeping weight off the foot, applying ice, and using crutches for a while to treat a mild fracture to getting a cast set for more moderate fractures. You may even have to undergo an Open Reduction and Internal Fixation Surgery, in which metal rods, plates, and screws are used to reset and support the bone if the fracture is severe enough.

A sprain is an injury to the ligaments which connect your bones. Often it’s the case that people believe they have a fracture when in fact, they have suffered a sprain. Both types of injuries can cause severe pain, and both can occur simultaneously, which of course, makes matters worse. Sprains can be broken down into three categories: first-degree, second-degree, and third-degree sprains. A first-degree sprain occurs when the ligament has been stretched but hasn’t been torn. Pain from these sprains can be moderate, but you’ll still be able to walk, albeit in some discomfort.

Second-degree sprains occur when a ligament has been at least partially torn. The pain from these sprains is noticeably worse, your movement will likely be restricted, and the surrounding joint can become unstable. Third-degree sprains occur when a ligament has been torn or severed completely. You can often treat minor sprains at home, but moderate or severe strains may require a cast, physiotherapy treatment, or possibly even surgery to repair.

The most famous example of this type of injury is an Achilles Tendon Rupture, which occurs when the Achilles Tendon, which connects the calf muscles to the heel, becomes torn either slightly or entirely. Symptoms from this sort of injury can include moderate to severe pain, an inability to walk or even stand up properly, restricted motion in your feet and ankles, as well as swelling and bruising in the surrounding tissues.

Minor cases, such as when the tendon has been stretched but not ruptured, can sometimes be treated at home; however, in severe cases, where the tendon has been torn excessively, surgery may be necessary to repair the damage. This type of injury can often be avoided by adequately stretching your ankle and calf muscles before engaging in any intense physical activity, such as long-distance running, for example.

Dislocations occur when a bone becomes dislodged from the other bones in the joint. Ankle dislocations are frequently caused by trips, falls, or erratic twisting motions. Sometimes the bone can be popped back into the socket but even once relocated, there may still be other damage, which can lead to ongoing pain and potentially other problems as well, such as damage to the soft tissues in the joint, the surrounding nerves, and the nearby blood vessels.

Treatment for a dislocated ankle typically involves taking pain medication, keeping your ankle elevated, and possibly having a closed reduction performed; this is where a doctor will reset the bone into place without doing surgery. However, in extreme cases, emergency surgery may still be necessary to repair the joint, reconnect the surrounding tissues, and set the bone back into place manually so that it will heal correctly.

Plantar Fasciitis is an example of an overuse injury, that is, an injury resulting from using a particular muscle or ligament too much. Plantar Fasciitis itself is caused when the tissue that connects your heel to your foot becomes irritated and inflamed due to being overworked. The symptoms can include mild to moderate pain in your feet, especially in the morning, tightness in and around your Achilles Tendon, calf muscles, and swelling in your heels.

The severity of the symptoms largely depends on how extreme the injury was to the ligament. For ligaments that were only stretched minutely, some stretching exercises can alleviate the pain and symptoms until the condition improves. Still, in cases where the ligament was torn, you may require surgery to repair the tissue. In order to facilitate proper healing, orthotics may also be prescribed.

Puncture wounds occur when a foreign object penetrates your skin and enters your body. A typical example of this type of injury being when someone steps on a nail, spike, or shard of glass, which then pierces their shoe and punctures their foot. Of course, puncture wounds are excruciating when they first occur. Still, the real danger is that the site can become infected by bacteria leading to other potential complications, resulting in more severe and lasting damage.

Minor to moderate cases can usually be treated with first aid. First, wash your hands thoroughly to prevent bacteria from entering the site, stop the bleeding, clean the wound with an antiseptic, apply some antibiotics, and then dress the wound in a bandage or gauze. In more serious cases, when the blood is spurting, or the bleeding hasn’t stopped within 10-15 minutes of being dressed, it may be necessary to have emergency surgery performed to seat and treat the wound.

When bones and/or ligaments become crushed, you must seek emergency care right away. These types of injuries not only cause extreme pain in the nerves, veins, and muscles surrounding the injury but can lead to a much worse condition known as Compartment Syndrome, which occurs when the muscles, bones, and nerves in a specific area are no longer able to expand.

Compartment Syndrome, if not treated immediately, can lead to tissue death and permanent loss of function in the affected region. Treatment for crush injuries that can lead to Compartment Syndrome must be treated with a fasciotomy procedure, which involves a doctor puncturing the skin to release the pressure. Generally, a splint or cast is then used to keep the affected bones in place while they heal.

It’s not necessary to head to the emergency room every time you stub your toe, but under certain circumstances getting prompt medical attention can be the difference between a full recovery and permanent loss of limb function. If you sustain one of the serious injuries outlined above, you should first seek immediate medical attention, then contact Island Foot Clinics to book an appointment or learn about the effective treatments our dedicated team provides.